Sandra Poulson is a native of Luanda, where she was born in the year 1962.No early 1980s she studied at the Instituto Superior de Ciências Educativas in Lisbon, in the first course of the Primary Magisterium.
He worked in several companies in Portugal and Angola, where he graduated in Law from the Catholic University of Angola. He is a member of the Angolan Bar Association.
She is a broadcaster and journalist by passion, and a lawyer by profession.
He began giving, distributing love and wealth, soon felt the call to spiritually help those most in need. It participates in social solidarity actions, including the equipping of small libraries in schools, seminars, hospitals and associations, in municipalities far from the Angolan territory.
She is represented in several anthologies and journals with chronicles and research articles, on Angolan customs and oral tradition, the result of her field research.
He writes out of need to communicate, portray and spread the habits and customs of his homeland. 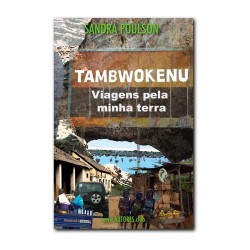