Jaime de Sousa Araújo was born on October 14, 1920 in Angola. He attended salvador correia high school and graduated in nursing at the Dona Maria Pia Hospital in Luanda. He graduated in journalism from the Institute of Angola and attended the Classical University of Lisbon and the University of Coimbra.
Civil servant and entrepreneur, participated in numerous national and international public interventions. Thus, he was a Member of the Commission for the transfer of the remains of Monsignor Manuel Joaquim Mendes das Neves de Braga to the cemetery of Alto das Cruzes, in Luanda. He was also present, under the aegis of President Nzé Jomo Kenihata, at the Political Conferences of the FNLA, MPLA and UNITA held in the Republic of Kenya. He was also invited by KIPAEA – Movement for Multilateral Disarmament – to give a lecture in Athens.
It was at the origin of several movements and organizations, such as FULA - United Front for the Liberation of Angola, the League of Lusophone Communities, FACEL – Federation of Civic Associations of the Lusophone Space and the African League (former African National League).
He was editor of several publications, such as the newspaper Farolim, which he edited and managed together with Aníbal Melo and Mário de Alcântara. He also edited the magazine, Angola, published by the African National League, and was the author of the opuscule, Deferred Dream-Economic Union of Southern Africa, a document that was sent to 13 African heads of state. 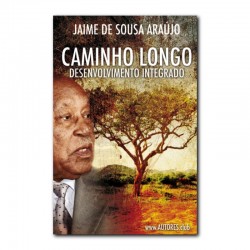