He is one of the pseudonyms of the Angolan writer whose legally named João Fernando André. He was born, according to his parents and documents, in the fifth year of the last decade of the 20th century. He studied Humanities at the Pre-University Center of Cazenga. He holds a Degree in Portuguese Language and Language Literature from the Faculty of Letters of the Agostinho Neto University, and professor of P.L.E – Portuguese Foreign Language, at Alliance Française (in Luanda). He was Monitor of the Chair of Literary Criticism at the Faculty of Letters of the UAN. He is a storyteller, poet, essayist and Literary Critic. He was President of the Association of Students of the Pre-University Center of Cazenga, held the role of Secretary for finance of the Coordination of the Association of Students of Cazenga, from 2013 to 2014. He is a member of the Oeirense Academy of Arts (in Brazil). Participated in the «Best New African Poets 2018 Anthology». It has texts in anthologies, newspapers and Angolan, Portuguese and Brazilian magazines. 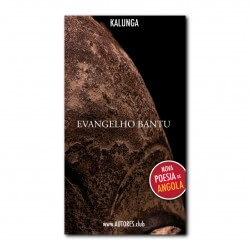